East Newark landmark to be transformed into 616-residential unit complex

The historic Clark Cotton and Thread Company Mill in East Newark will be transformed into a mixed-use development, bringing hundreds of new residents to one of New Jersey’s tiniest towns.

Eight buildings that were once home to the largest thread manufacturer in the nation will be renovated and converted into a dynamic complex with 616 residential units and nearly 100,000 square feet of retail space.

The massive project is being developed by East Newark Town Center LLC, a subsidiary of New York-based Alma Realty. An attorney for the developer is expected to present the plans for the 13-acre property to the borough’s planning board on Oct. 16.

Paul Jemas, the attorney representing East Newark Town Center, did not provide details on the project.

At just .11 square miles, East Newark is the second smallest municipality in New Jersey by land mass, larger only than Shrewsbury Township in Monmouth County. And with only approximately 2,600 residents, East Newark is far and away the least populous town in Hudson County.

Built on the banks of the Passaic River in 1875, the complex is located between Passaic and Grant avenues along the Kearny border.

In addition to the extensive renovation, the redevelopment plan also calls for the construction of a four-story parking garage with a roof top terrace for recreational purposes, as well as 1,354 off street parking spaces. 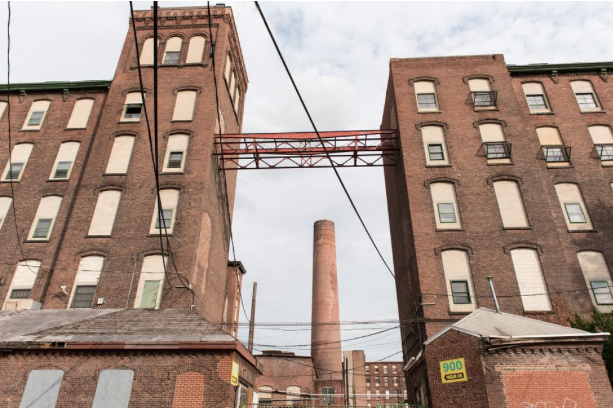 The average size of a unit will be 1,200 square feet, the plan states.

Mills were a key factor in the formation of East Newark as a borough in 1895 and also brought an influx of Scottish and Irish immigrants to West Hudson. The Clark Cotton and Thread Company formed when two local mills merged and remained in operation until 1931.

The Clark complex had the nation’s fourth-tallest chimney. It was 335-feet tall on a 40-foot square cement base that stood until the 1980s. It took eight bricklayers and their assistants 150 nine-hour working days to complete at a cost of $30,000.

The property isn’t the only East Newark landmark getting an update. Located across Central Avenue, Top’s Diner has plans to undergo its own revamping.

In April, the owners of the beloved restaurant applied to knock down the existing building and rebuild the eatery, which was once named the best diner in America. Tops will remain one-story but will triple in square footage, increase its parking lot by 35 spaces, and hire 18 more employees. 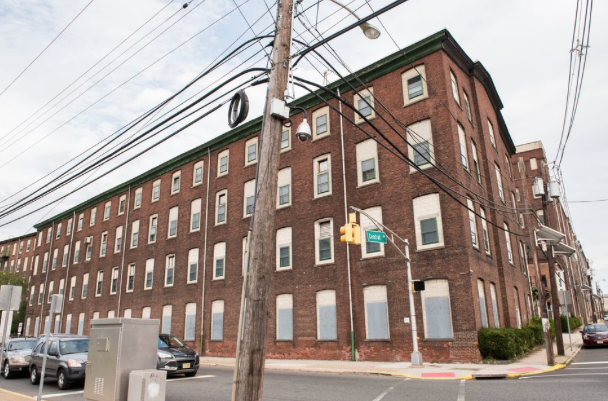 For ADA assistance, please email compliance@placester.com. If you experience difficulty in accessing any part of this website, email us, and we will work with you to provide the information.
powered by THE BIXLER GROUP, LLC

Sign Up
Already a User? Sign In
You have been successfully registered
Please check your email.
Go to the homepage
Sorry something went wrong
Please try again.
Try again